The Lean Offerings template helps you to define your first offering depending on your Hypotheses and Business DNA. Familiarise yourself with the core elements, go through further instructions and download the tool for your team.

The Lean Offerings template gives you guidance on deciding which of the minimum set of ("must have") features should be part of your first offerings, allowing you to charge customers and test hypotheses that require 100% reality. Moreover, you should think about non-functional requirements (e.g. ease of use, scalability, performance) and seek to benchmark your offerings against the competition. We usually distinguish between...

As an administrator, I want to add new users to the database, so I can save time and serve users much quicker.

Think twice about what features should make it into your initial market offerings. More features do not always mean more value for your target groups. If you want users to switch from competitive offerings to your products, features are an important part of people’s decision to give it a try. In any other case, simplicity is usually much more important for greenfield users than having a lot of features. Even lean offerings should include "factors of excitement" according to the DNA of the underlying business model.

The lean offerings are always the starting point to derive a “minimum viable business”. Which elements of your underlying business model are absolutely essential to create and deliver your offerings to the market?

Be aware that in Business Design a lean offering is defined differently from an MVP (= minimum viable product) as described in the book "The Lean Startup" from Eric Ries. For us, a lean offering is the first product or service version on the market. Thus, we charge customers to allow as much reality as possible to validate remaining hypotheses. 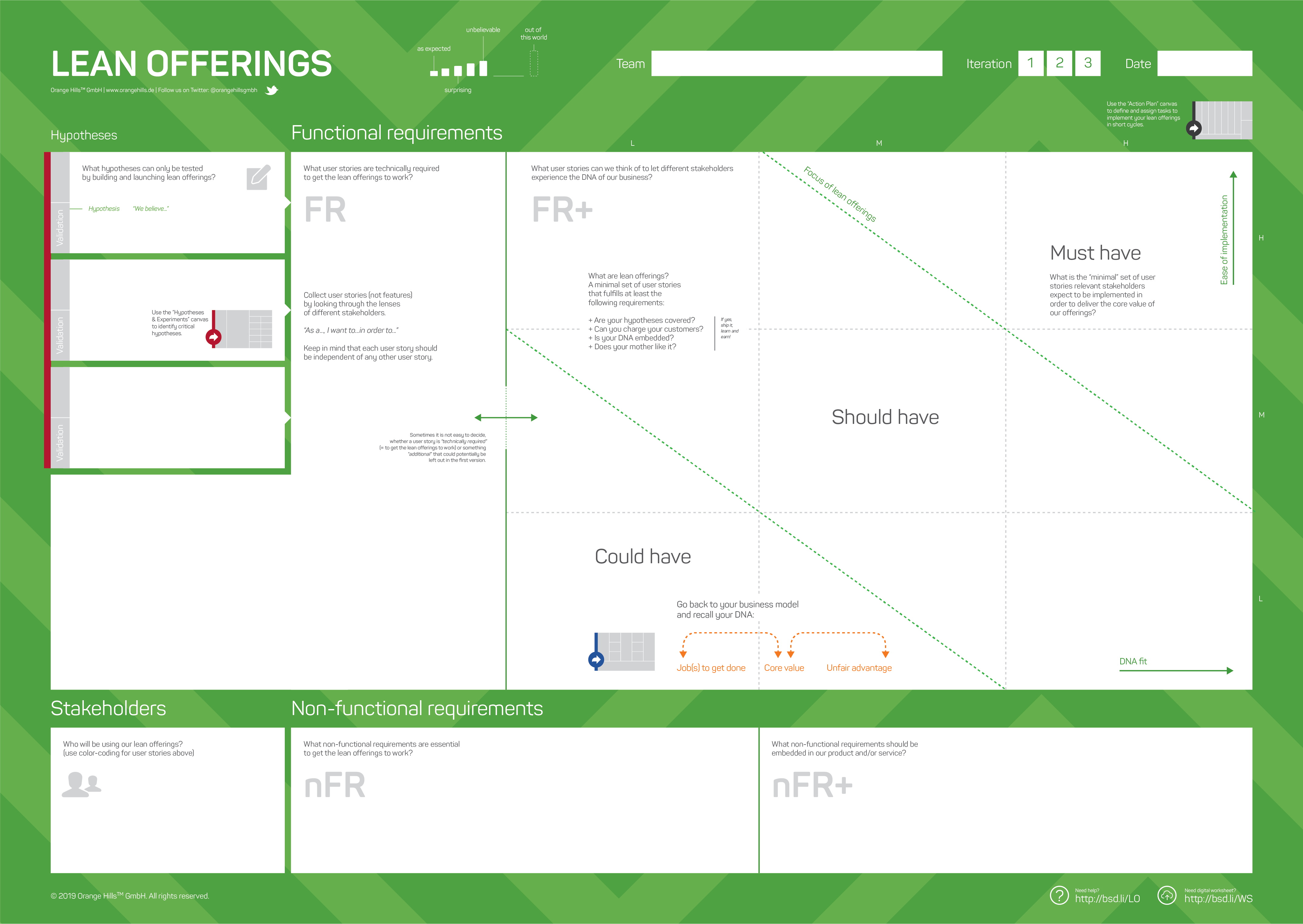 User Story Cards help plan and prioritize functional requirements. They are the "natural" extension" of the Lean Offerings template allowing to describe every user story in a simple structure. 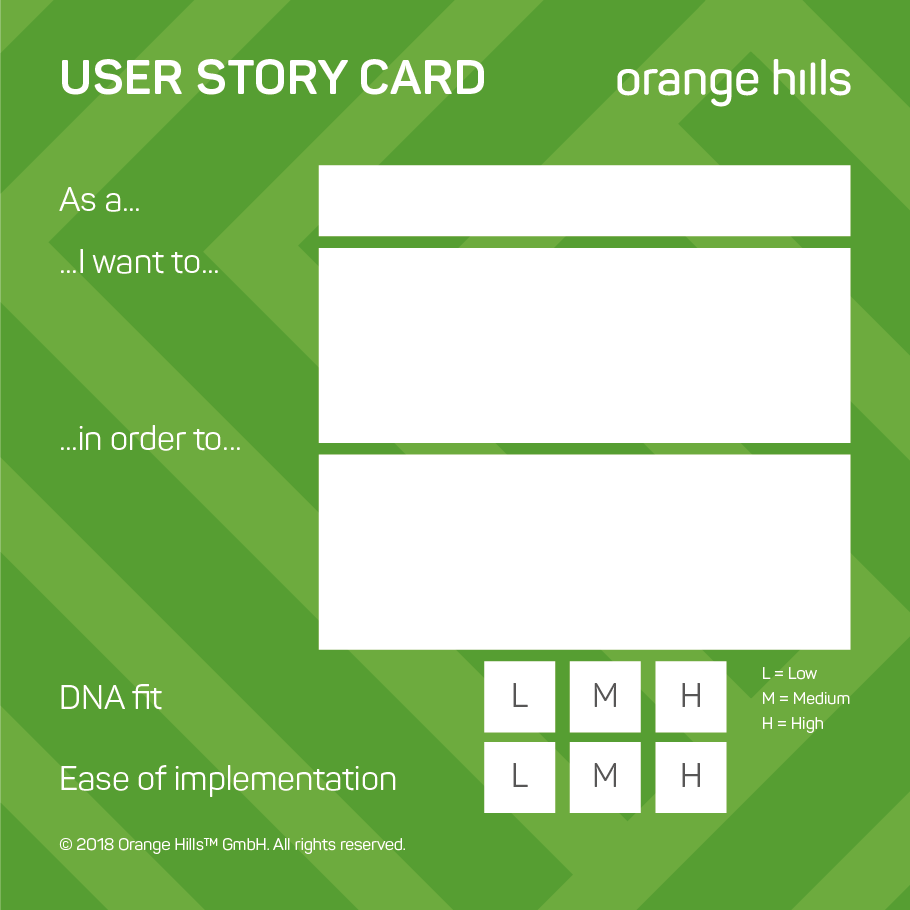