The idea of the Video Stage is to give project teams a handy tool that allows them to translate the DNA of a newly created business model into a short, simple and visual story as a 60 sec. video. This exercise forces a project team to figure out the key arguments of their business model and and helps them wrap it into a short story that can be easily understood even by externals. To produce the video, the project team will be a asked to revisit its business model, craft a crisp storyline that illustrates the DNA in very simple (and non-technical) words and finally find visual cliparts in our library that underpins the story. After that, the cliparts will be placed around the video stage in the right order and a camera will be placed in the clamp that is installed above the Video Stage. Finally, a team member starts reading out the story and another team members moves the cliparts on and off the stage. The whole scenery will be recored with the camera. The videos are usually produced in the Design phase after the development of future scenarios such as business models. 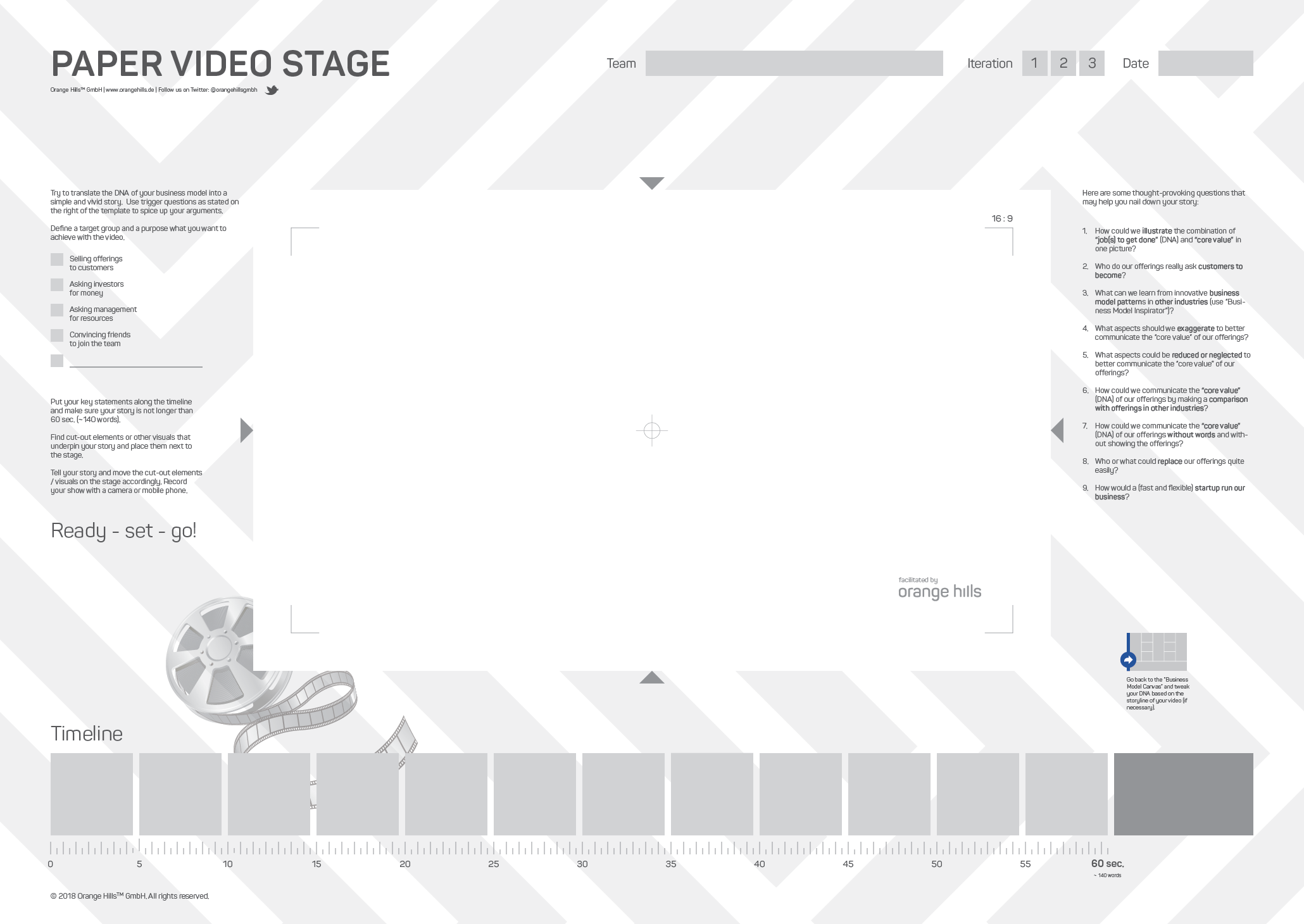 Translating a business model (product, service or software) into a short, simple and visual story. 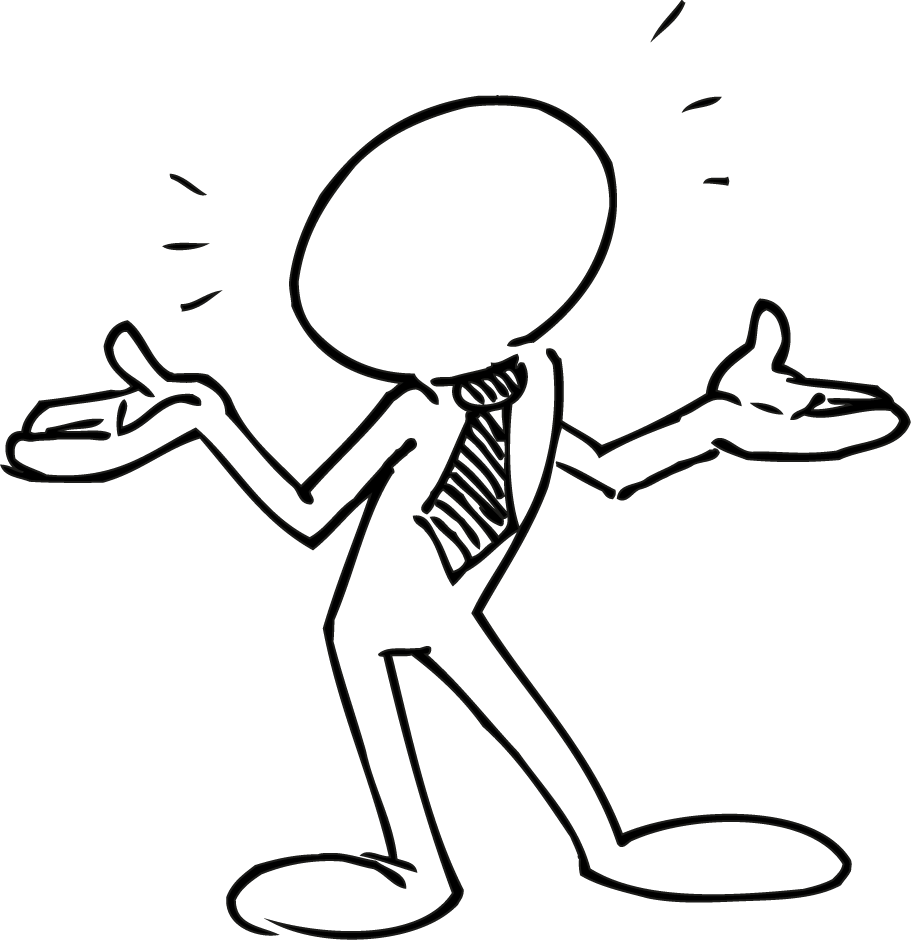 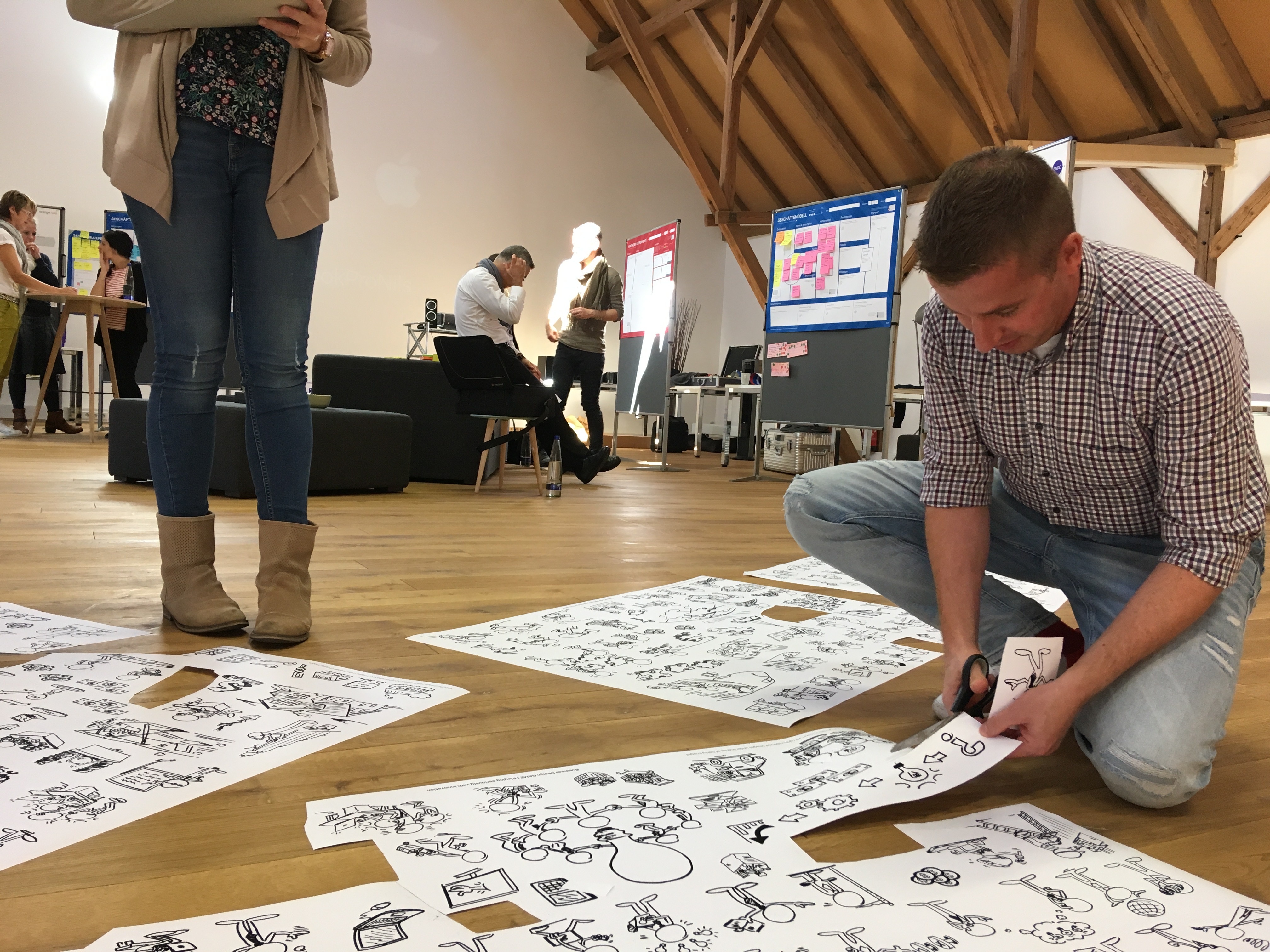 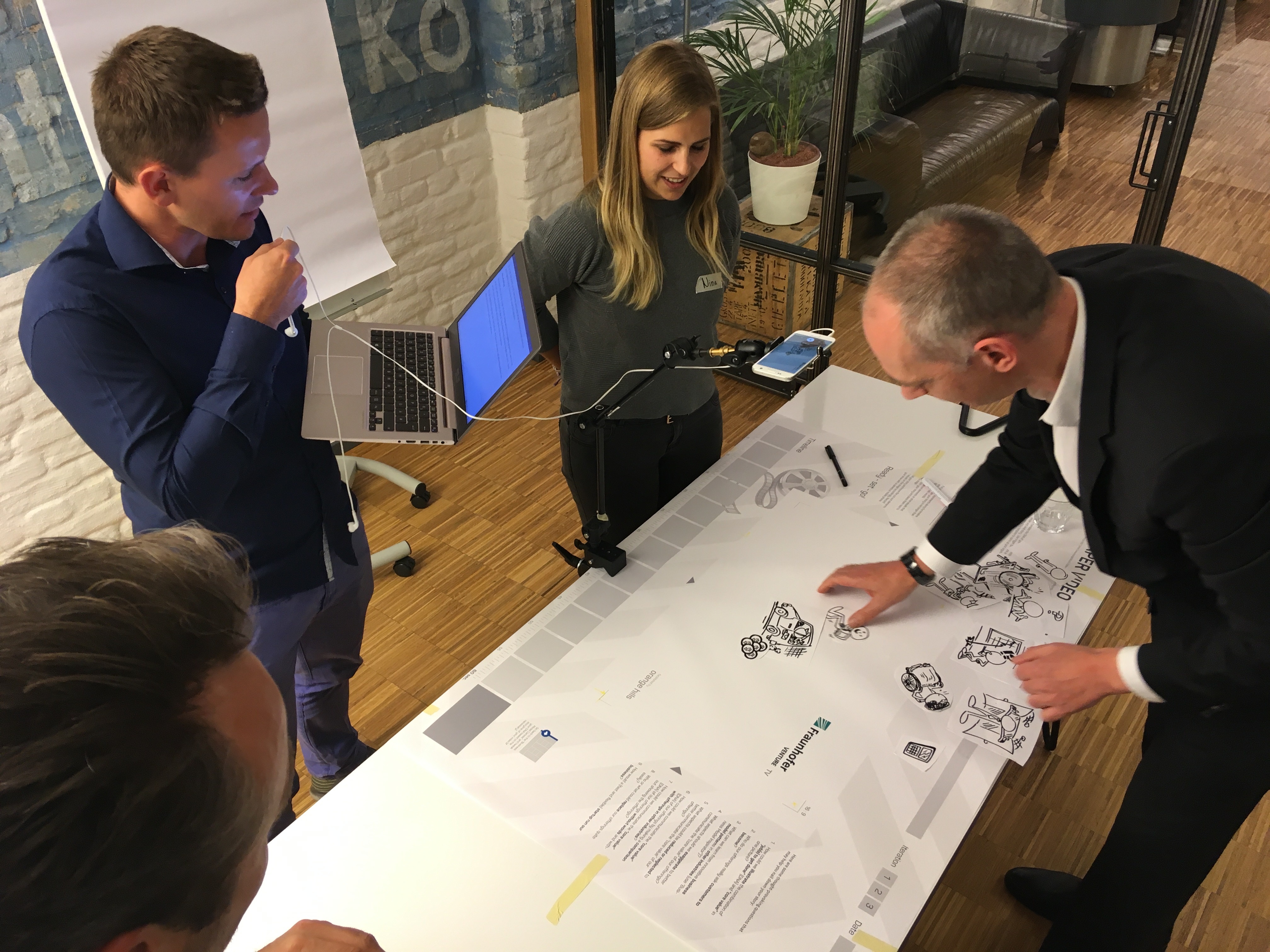