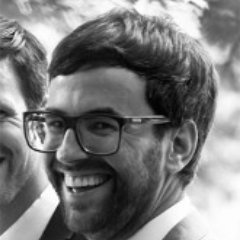 Thus, we use prototypes either as a thinking tool or interaction tool primarily built and used in the Design and Validate Phase. 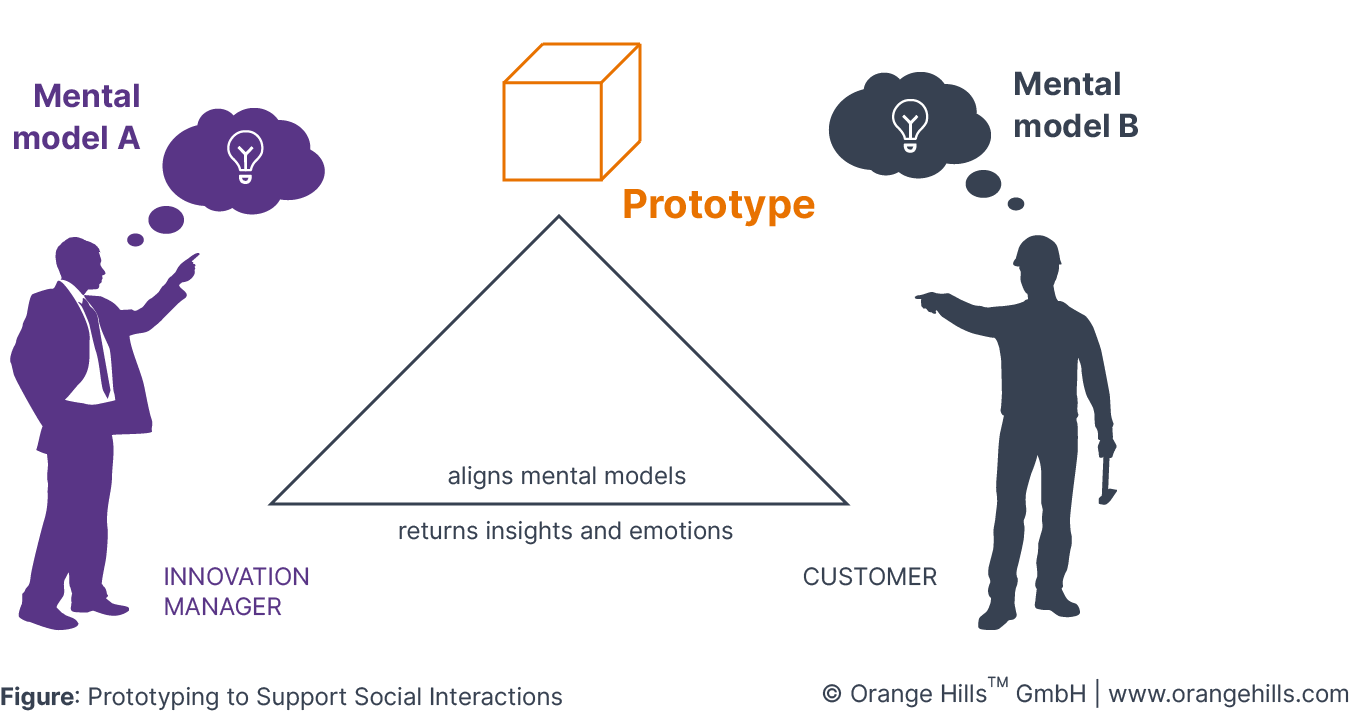 We differentiate between a prototype and lean offerings / MVP. The first is usually build to learn something before we have the first product on the market. The latter, in contrast, is the first product on the market that allows the team to charge customers ("earn and learn"). We don't distinguish, though, between the terms "model" and "prototype" as many disciplines do. We haven't found a reason yet why we should do it.

Keep in mind that more advanced prototypes require more than 5 weeks to build. Sometimes, a prototyping activities spans more than one iteration.

Before we start building a prototype we always go through the following steps:

Some examples may sound strange, but they are all in line with the definition above. They are just designed for different purposes in the Business Design process.

Building the "right" prototype for a defined purpose is key in Business Design. There are not many frameworks out there that can guide us to define and describe prototypes. This is why we have put our heads together and fleshed out our own framework that offers a set of attributes describing a prototype as a visual representation of an idea (= original) in the context of Business Design: 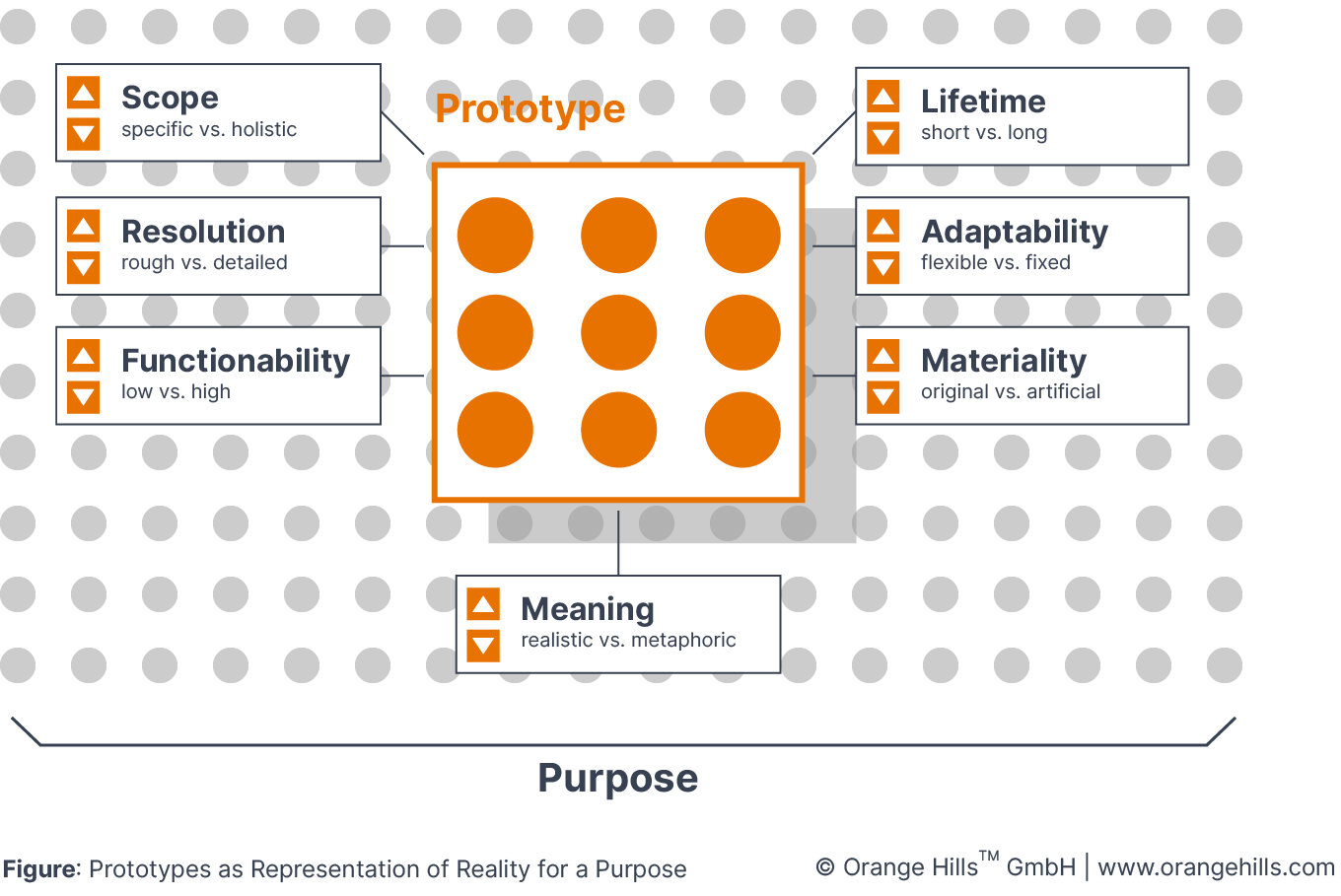 By defining the purpose of a prototype and setting the attributes before you start building, this may help building the "right" prototype and not just something visual. This exercise also helps to pick a suitable prototyping tool for your product, software or service / process prototype. Try it out! It will save you time and money!